The elemental world—and particularly the four classical elements of philosophy, mythology, and poetry as earth, air, fire, and water—is deeply present in many forms of walking. Historically speaking, our walks typically begin and then return to the hearth (fire), the heart of the home. They might follow the directional flow and musical rhythms of a river or stream (water).  They are commonly guided and affected by the shifting conditions of the sky (air) and ambient weather.  And they are grounded in and governed by the sensuous surfaces of the land (earth) as well as the confluence of earth and sky in the visually orientation provided by the distant horizon. This elemental fourfold is continuously cycled through a place and unified in the motions of the moving body. The American naturalist Henry David Thoreau acknowledged this association when he remarked,  “This is a delicious evening, when the whole body is one sense, and imbibes delight through every pore. I go and come with a strange liberty in Nature, a part of herself. As I walk along the stony shore of the pond in my shirt-sleeves, though it is cool as well as cloudy and windy, and I see nothing special to attract me, all the elements are unusually congenial to me.” Here, the fully embodied walker is in the depths of an encompassing elemental medium as he detects and enjoys a bivalent sense of “sympathy with intelligence,” at work in the natural world, where the individual is sensing the surrounding environment but also likely being watched, felt, and heard, himself. 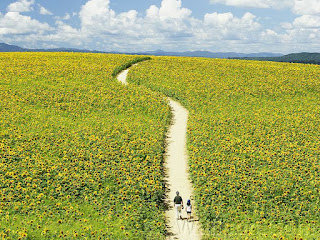 We might even differentiate some walks through a typology inspired by the four elements themselves and Thoreau’s inspired engagement with them. First, there are earth-walks, wherein we follow a directional axis across the plane of the proliferating ground, our senses tuned to the sounds, smells, and sights that emerge before us. Thoreau frequently engaged in such sauntering, angling his way into the hills, wandering through the New England woods, and even keeping “appointments” with specific trees he had grown to know and love. The elemental connections to the soil, land and encompassing place are clearly integral keys to this form of navigation. 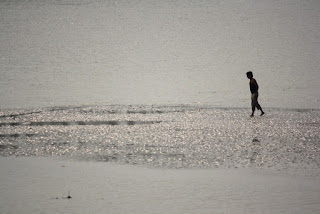 Secondly, we might speak of water-walks.  In some of his errant outings, Thoreau descended into the moving waters, submerging himself in the palpable thickness of a sensuous element.  These “fluvial walks,” as he called them, occurred in local creeks, streams and rivers.  In such walks, which the poet William Channing styled “riparial excursions,” we literally bathe in the bathos (Greek for “depth”) of the elemental. We may struggle physically with the force of an element that either resists us—offering its weight in opposition—or, alternatively conducts and conveys us when we are walking in the current’s given direction. As a Boy Scout, I river-walked the streams and waterfalls of Ricketts Glenn State Park in northeastern Pennsylvania, mounting fallen tree logs, climbing over outcroppings of rocks, and battling the flows of elemental fluids. 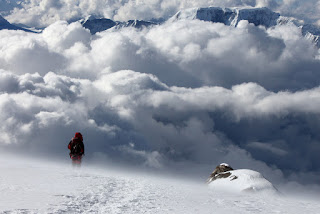 Thirdly, there are sky-walks, an idea and practice found among some Native American people who speak of “one who walks all over the sky.” As Thoreau wrote, “How few are aware that in winter, when the earth is covered with snow and ice . . . the sunset is double. The winter is coming when I shall walk the sky.” Here, we should recognize that the air and atmosphere becomes significant and even visible as cloud, fog, mist, and smoke during a walk so as to convey an ambient mood and tone, including a sense of time through the position of sun or filtered light, thereby contributing to the particular rhythms, pace, and tempo, rhythm and pace of our walks. 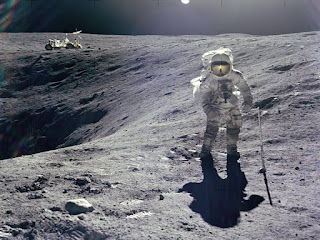 Finally, so as to complete the elemental tetrad, we can identify fire-walks, even if they are more creatively construed in a literary rather than strictly literal sense. These “walks” may occasionally involve a negotiation of fiery coals but they increasingly entail the navigation of the lunar landscape (“moon-walks”), outer space (“space walks”), or cyberspace and the electronic ether-world of the Internet (“virtual walks”).  They focus on elemental fire—or its domestication via technology—to the extent that they occur outside the sphere of the terrestrial (earthbound) economy of the elements in the thinned ether or ethereal realm of space, especially if we rely upon the classical Aristotelian theories of the four classical elements.

Elemental phenomena are fundamental to the life-world and to the capacious environment itself, both of which are wrought and continually maintained by a dynamic sensual interplay and dance of appearance and disappearance. They point to a realm that is equally prior to and present in our everyday lives.  As I suggested in my book, Elemental Philosophy:
Both mundane and extraordinary encounters with elemental realms have enduring implications. They leave something of themselves upon our imaginations and aesthetic outlooks.  Stone hardens our resolve. Clouds give us license to drift and to dream. Air conducts our voice; water channels our language; and each gives shape to our corporeal form. Ice and snow teach us about the transience of sensuous things. Heat and cold temper our characters and help forge our cultural identities and temperaments. Wood bequeaths us substance for creative hands. Light reveals and clarifies while night invites retreat and restorative rest. Fire magnifies the power of our muscles through technology as it mocks and extinguishes human gestures pointed toward permanence. And earth magisterially ballasts and balances of all this as a supportive body.
Movement on foot is still one key way that we encounter this sensuous elemental world.

Posted by David Macauley at 9:49 PM